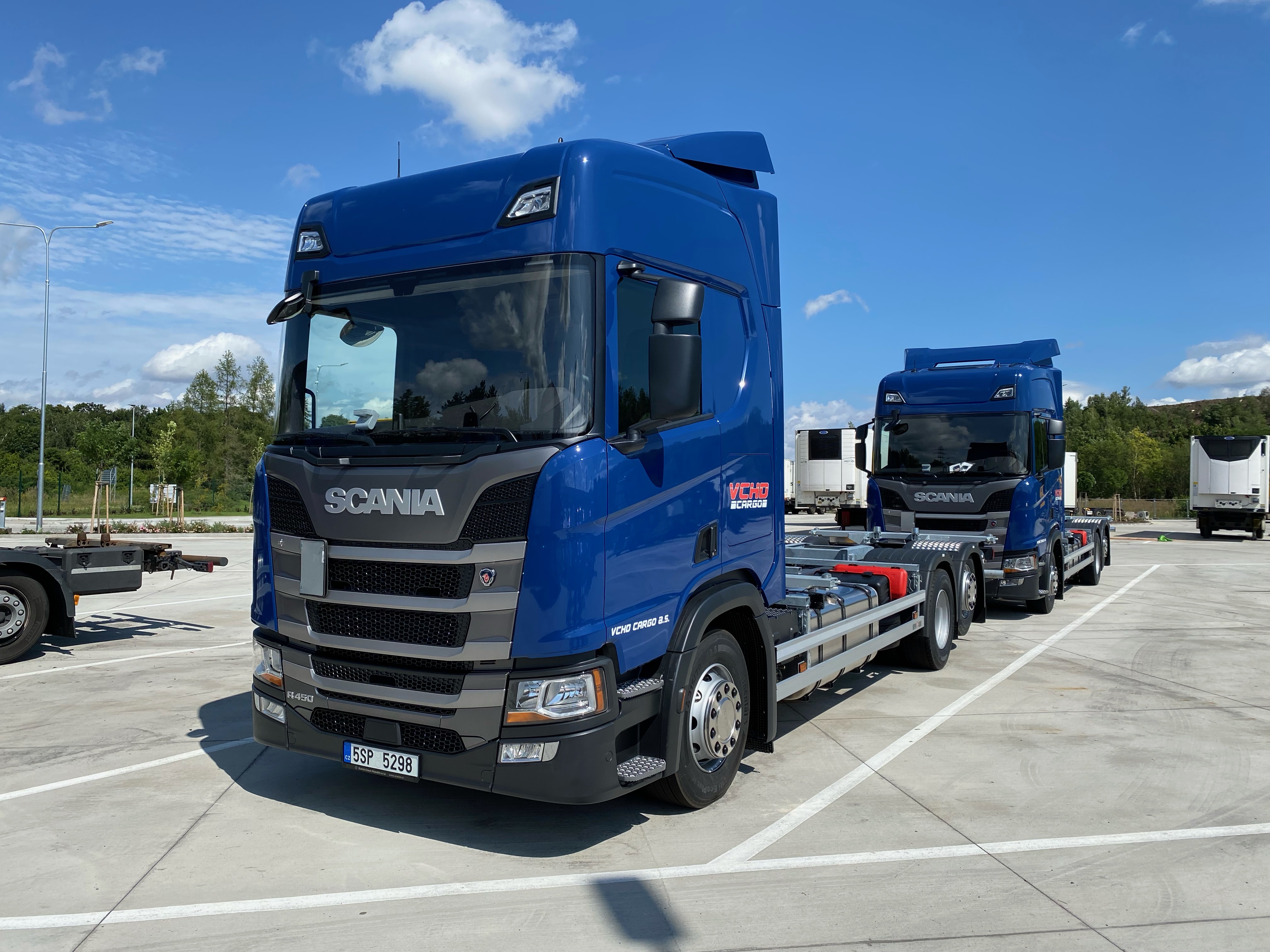 The transport company VCHD Cargo has acquired 39 towing vehicles and 20 trailers this year. Partly thanks to its acquisition of the German businesses Völker Logistik, the company’s fleet has thus increased to include 200 trucks, trailers and swap bodies with an average age of 3 years. Investment into vehicle technology alone has reached CZK 70 million in 2021. Nearly half of the vehicles ordered in 2021, worth nearly the same amount, has not been delivered yet due to global problems caused by disrupted supply chains.

VCHD Cargo derives great pride from providing its drivers with the latest in vehicle technology, impeccably maintained. It keeps the average age of its fleet at around three years. “A reliable, safe truck and trailer, with the biggest possible cargo capacity, is the best foundation for satisfying the needs of our customers,” says VCHD Cargo a.s. CEO and President Ing. Petr Kozel. The 59 new additions to the fleet include trucks, swap body carriers and trailers as well as frigo box trailers with regulated temperature and, for the first time in the company’s history, its own swap bodies.

Originally, VCHD Cargo planned to invest nearly double the actual amount, a total of CZK 140 million, in new vehicles. Unfortunately only half of the orders have been delivered. “This deficit has had an impact on several key aspects of our business – first and foremost, the average age of our fleet has increased, resulting in a higher cost of repair. Secondly, we are obliged to maintain more backup vehicles ready to replace units that require servicing,” Petr Kozel explains, adding: “In fact, the vehicles that were delivered to us this year were not even enough to cover our planned fleet renewal.”

Since delays in the supply chain have now reached and sometimes exceed 6 months, VCHD Cargo must plan its vehicle investments and orders as much as a year in advance. Next year, the company will purchase new vehicles from MAN, Mercedes, Scania and Volvo.